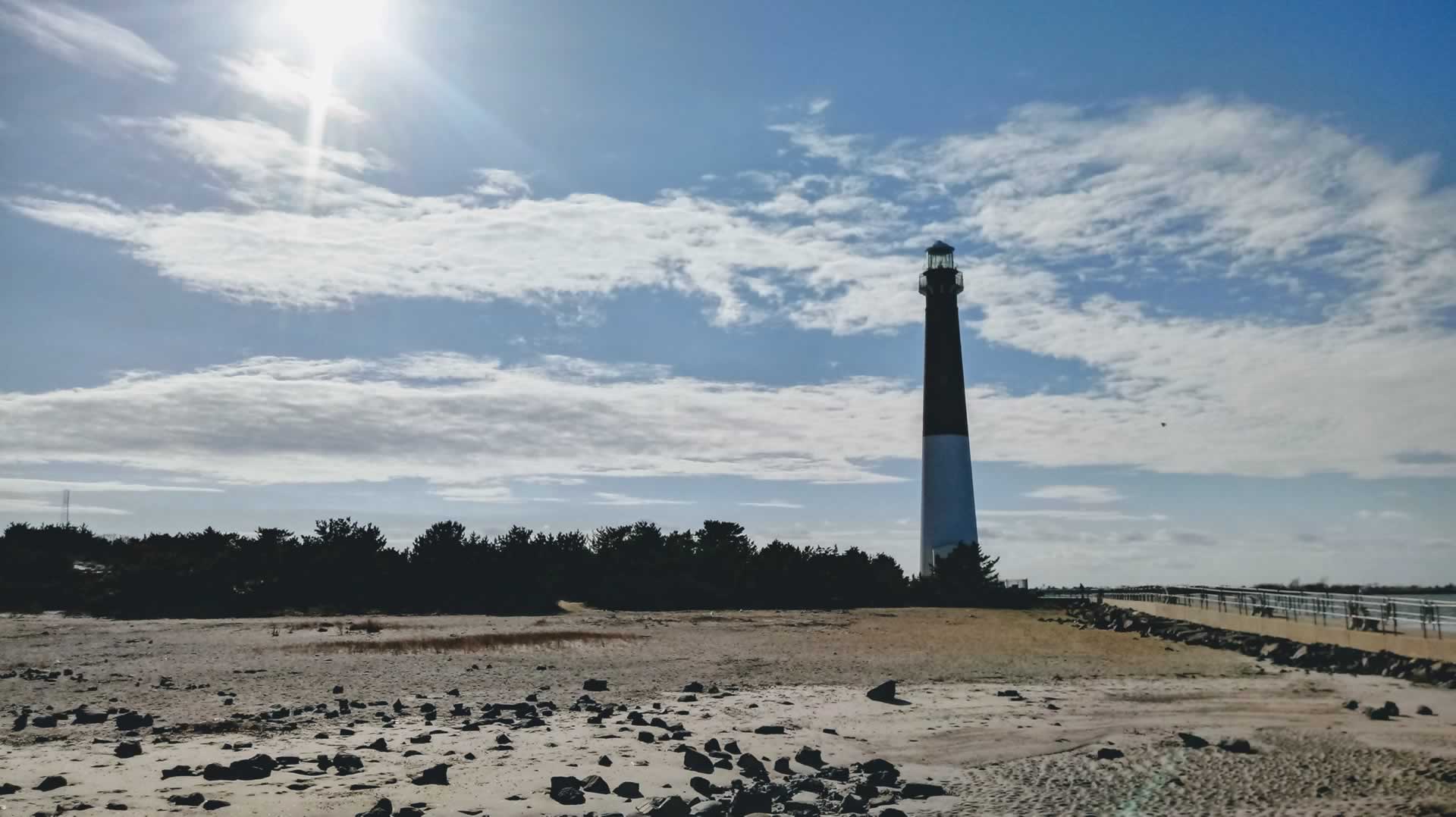 Discovered by the English explorer Henry Hudson in 1609, the area at the northern tip of Long Beach Island was dubbed Barendegat, ‘Inlet of the Breakers’, for its dangerous conditions by the Dutch who followed him soon after.

Over the years the area has changed names and in 1904 Barnegat City became an independent borough separating from Long Beach Township. It was renamed Barnegat Light in 1948 in homage to the 170-foot-tall red and white lighthouse that has become an icon of the Jersey Shore.

Tourism and recreation have been a driving force in the area since the early 1800’s when hunters and others traveled to take advantage of the plentiful wildlife and peaceful bay waters.

It is still a popular destination for avid duck hunters that launch their ‘sneak boxes,” shallow-bottom camouflaged boats each year during the season.Many of the earliest visitors stayed at one of the Island’s first boarding houses the Herring House built around 1820.

After the Civil War, affluent vacationers from New York would travel by train to Toms River and sail across the bay and two hotels, the Oceanic and the Sunset, were built to accommodate the increasing number of visitors. In 1886, a railroad trestle was completed, and trains brought passengers directly to Barnegat City.

The trestle and those establishments are long gone. They have been replaced by other hotels, motels and bed and breakfasts. There is also an abundance of private rentals available through the local real estate offices or directly from the owners via online booking services.

The Barnegat Inlet has been somewhat tamed over the centuries with dredging and jetties and is in constant use by one of the largest commercial fishing fleets on the East Coast centered in Viking Village.

The Coast Guard, recreational boaters and sports fisherman also use the Inlet that sits in the shadow of the current Barnegat Lighthouse that served as a beacon to seafarers from 1857 until just after World War II.

The state of New Jersey then took possession of the lighthouse and surrounding area and turned it into a state park in 1957.
There you will find an interpretive nature trail through a pristine maritime forest, a picnic area and a small gazebo that has become a popular location for wedding ceremonies or photos.

Thousands of visitors come every year to climb up “Old Barney’s” 217 steps to the top and take in the panoramic view, while others walk along the jetty out to where Barnegat Bay meets the Atlantic.

There are several special night climbs, concerts and talks on local topic of interest in the Welcome Center run by the Friends of the Barnegat Lighthouse.

This jetty is also where you will also find fisherfolks of all ages looking to reel is any one of a species that travel though the inlet.

It is also a spot for dedicated birdwatchers as Barnegat Light is a prime location for birding, especially during the spring and fall with a wide variety of visiting birds including peregrine falcons, wading birds, shorebirds, waterfowl and migrating songbirds.

To learn more about the history of Barnegat Light, the original one room schoolhouse has been converted into a museum at 5th Street and Central Avenue.

It is surrounded by the lush Edith Duff Gwinn Gardens maintained by the LBI Garden Club.

History also lives on in Viking Village the home of the fishing fleet that was begun in the 1920’s by Norwegian settlers.
Many of the original “shacks” have been converted into shops and tours of the docks and the fleet are given weekly during the summer.

The restaurants throughout Barnegat Light serve some of the freshest seafood in all of New Jersey with fish and scallops that will land on your plate often within the same day they arrive at the docks.

There are several private charters and larger party boats for those who want to try their hand at catching their own dinner and small boat rentals nearby for those wanting to do some crabbing or bay fishing. The village also hosts special events, including annual craft and antique shows and the Jazzy Scallop Fest where restaurants from around the area serve up their finest recipes in hopes of being crowned as the attendees favorite.

Barnegat Light’s commercial district along Broadway is dotted with shops offering artwork, collectibles, jewelry, clothing and nautical antiques. Comes evening the ice cream parlors have lines of children of all ages waiting to get their favorite sundae or try the flavor of the week. Of course the main reason to come to the Jersey Shore is the beach. Barnegat Light’s are like no other.

The maritime forest stretches down the coastline from the Inlet separating the wide white sandy beaches from the streets. The path to the beach is lined with holly, beach plum and small fir trees with the birds nestled within them.

The foliage is widest at the north end and the borough runs a beach tram down from near the park that will carry you to the shoreline at 10th Street. Take a seat on one of the benches donated and dedicated to residents while you wait for the tram.

The edge of the forest to the waterline is a beachcomber’s delight with its treasure trove of shells, sea glass and more being replenished with every tide.

For families with young children, there is a guarded Bay Beach at 25th St. and Bayview Avenue. This is also the spot to launch kayaks or watch the kite surfers race along the water and fly into the air.

New for 2019 will be a 36-hole miniature golf course and party center. Also the large municipal gazebo and park built on the site of the former Coast Guard housing complex will be open and hosting weekly summer and fall concerts and other special events. The new gazebo will mostly likely be the new end point for Barnegat Light’s annual Memorial Day and Fourth of July parades where residents and visitors join in the festivities marching while bedecked in their red, white, blue from head to toe. 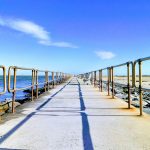 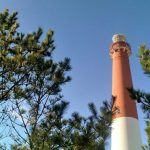